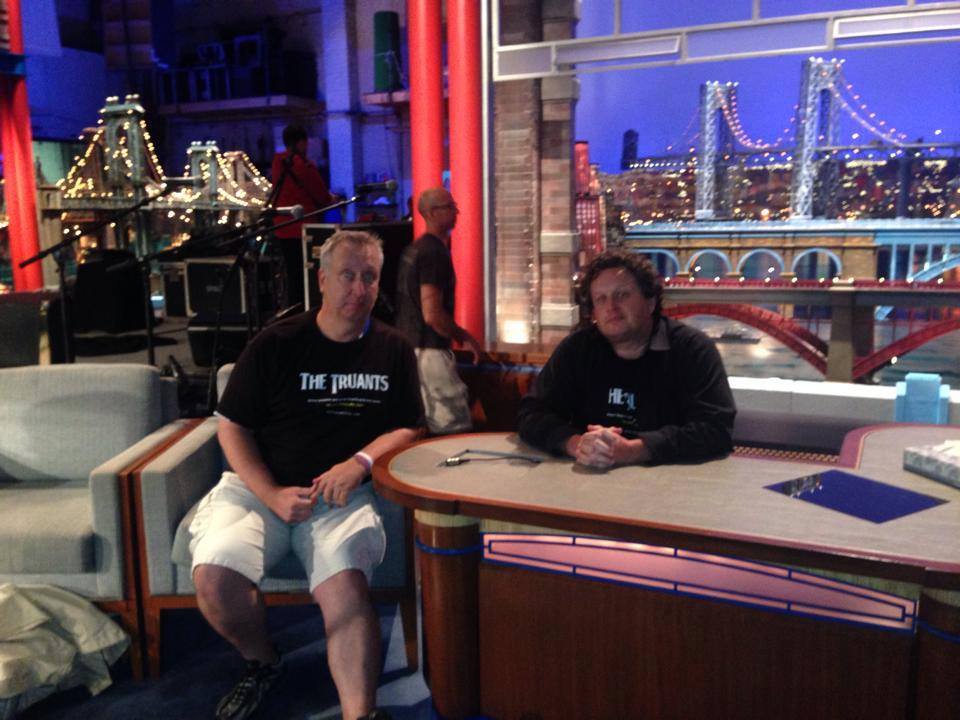 Jan. 12, 1955, is a day that will live in infamy, for that is the day that radio host/Golden Girls Reenactment Coordinator Bryan Bartholomew Hanks was born in Thurmond, N.C.

The young Hanks has been described as a precocious lad with a fondness for sports and indolence. As a student he excelled in Costume Technology and became the first male cheerleader for his high school’s cup stacking team. When officials wouldn’t allow him to perform his routine at the 1979 cup stacking finals, a defiant Hanks performed his entire routine in the gymnasium parking lot to a crowd of truants and squirrels.

Against all odds and several dozen wagers, Hanks only sustained minor injuries during the after-game walk to his car at the hand of the team he was cheering for.

During his tenure at Ralph Sampson Community College, Hanks joined the controversial Delta Zeta Jones fraternity, widely believed to be nothing more than a money-laundering operation for the Bronies (adult males who are fans of the “My Little Pony” cartoon/merchandising franchise). In later years, Hanks confessed that he financed his “My Little Pony” addiction with money he earned as a door-to-door door salesman.

While serving in the armed forces in Colorado, Hanks participated in a live video shoot for Def Leppard’s hit single “Pour Some Sugar On Me.”

“Some friends and I were on leave for the weekend and decided to go to the Def Leppard concert,” Hanks said on Monday. “I was one of 18,000 screaming fans that were filmed for the video. I’m the one yelling with my hands in the air.”

Being the star of a video that received massive airplay on MTV and BET, Hanks was bitten by the show business bug.

“Being that guy 50 rows from the stage in a Def Leppard video gave me a taste of the limelight and I wanted more,” Hanks said. “A few months later I found myself hosting a blues and boogie show on the radio. I’d heard that’s how Barbara Streisand started out, so if it was good enough for Babs, it was good enough for me.”

After a brief foray into teaching, Hanks found his niche: Journalism.

“I was bummed that cup stacking hadn’t taken off, but I was also a big fan of high school sports so I started writing freelance for the Weekly Sardonic and the “My Little Pony” newsletter. From there I became a full-time sports writer before being promoted to editor at a local newspaper.”

Although he turned 66 this week, friends and family alike concur that Hanks has the verve and vigor of a 79-year-old.

“He may get winded walking 12 feet across the office to the printer, but he does it with style,” said Bryan Hanks Show co-host Jonathan Massey. “We’ve only had to use the emergency dolly a few times.”

“As boyfriends go, he’s okay,” said Hanks’ significant other Linda, who withheld her last name for obvious reasons. “Once we got the Spring-Green Lawn Care people to come in once a week to help with his grooming, our lives dramatically improved. Before they stepped in, it was like trying to maintain a molting animal that grazed near a nuclear facility. We had a nice sideline stuffing pillows for a while.”

Knowing his birthday was coming up, Hanks’ staff started setting aside money back in November so they’d be able to buy him a nice gift.

“Seven of us pooled 10 percent of our pay for six weeks,” said Bryan Hanks Show concierge Paulette Burroughs. “At the end of it all we had about $6 to work with, so we got him a new pill organizer. We gave him one a few years ago, but he only uses it to alphabetize his M&Ms.”